It was August 2020 when I went to a certain supplier of DIY items to pick up a click and collect order. As I walked towards the front door, I encountered one of their employees standing in a taped off area who shouted at me to put my mask on. From there, I was directed to a ‘customer services assistant’ who was standing behind a plastic screen. I was literally shouted at that I must stand on a marked spot two meters away from said screen. From there, my order was duly delivered, but what struck me was the complete lack of respect for me as a customer. There were processes, but quiet direction or explanation would have sufficed. I did not argue about anything – yet the staff there seemed to think the pandemic gave them a new right to shout at their customers. Guess what, my DIY orders for some months after went to a certain online business named after a large river. No need to endure the pain of face-to-face ‘customer service’. Only a recognition that this took place during an unusual period persuades me not to name the DIY retailer.

Having said that, I’ll bet you have all experienced in some place a degree of poor customer service, maybe even blatant rudeness and refusal to deal with obvious issues. Sometimes escalating to a manager makes matters worse rather than better.  Some companies just don’t care. I recall missing a flight because I was stuck in a lift at Heathrow Airport several years ago. It took the airport people some considerable time to rescue me; when I raised the point that I had missed my flight they initially responded that I should have allowed more time! Only the airline (British Airways) saved the day by changing my otherwise unchangeable ticket free of charge and getting me to my destination. So you see, good customer service gets a positive mention, whilst I have to leave you guessing who the miscreants are! Of course, for most, poor customer service is not hidden behind anonymity. My Red Training & Consultancy colleague, Steve, recounted his experience of terrible customer service and even worse complaint handling by a now defunct UK airline to many people and I am sure they will have lost custom as a result. It’s hardly surprising they went under.

My son experienced some pandemic related rudeness when he filled his car at a supermarket garage in Penzance last Summer. Two or three days after the wearing of face coverings was mandated, he genuinely forgot as he walked into the shop to pay for his fuel. Instead of politely reminding him, the attendants shouted at him that he had to put his mask on. He pulled it out of his pocket and went to put it on but, despite being the only customer in the shop, was ordered back to the door to start again – like a naughty school pupil who entered a room wrongly.

Let me be clear, the businesses that will do well coming out of the pandemic will be those who treated customers well and who ‘went the extra mile’ during the pandemic. For example, one of my local public houses opened a small shop during the first lockdown and sold many of the items that were in short supply in the supermarkets. Later, when they opened for food and drink again, guess where we went …

There is a multiplier that can be applied to both bad and good news stories about customer services and complaints, but there is no doubt that stories about poor service spread faster and wider. Our half day training course dates back to well before the pandemic and has been delivered to some very large businesses indeed. We use delegates (and our) experiences to develop understanding of what great customer service looks like and, where possible, how to turn complaint situations into good news stories. The very best advocate for a business is the client for whom it could have gone horribly wrong, but a skilled employee saved the day.

Paul Beard
Paul is one of our most experienced training consultants; also a coach and mentor. Following a career in the law, specialising in prosecution of serious fraud, he moved through a variety of private and public sector roles picking up an MBA and becoming a Chartered Fellow of the CMI on the way. Paul has been providing training, consultancy and high level technical advice on legal and HR matters since 2006. He’s also a qualified pilot and led two major projects on behalf of British Airways working in partnership with other major aviation businesses (The ones you’d have heard of!) He is an experienced presenter and has enjoyed speaking at conferences, online events and as a contributor to both television and radio programmes. Paul is accredited to run both MBTI Step I and Step II and can offer the read-across to other models.

Much of the trepidation around employment law lies in the sheer breadth of legislation and guidance that informs it. The question is, do we need to be so quick to fear it? In our latest blog, we’ve interviewed one of … 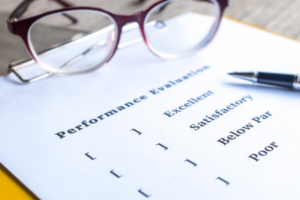 A team leader is a bridge between organisational strategy and the individuals who execute it.  Yet in a commercial world where teams are expected to produce more with less, many people – including many team leaders themselves – underestimate the …